AFT Pharmaceuticals has been officially notified that the US Food and Drug Administration (FDA) has accepted its application to register its painkiller Maxigesic tablets in the United States.

AFT Board Director and drug development expert, Dr Doug Wilson, says that this notification is a significant milestone in getting Maxigesic into the key US market.

“The FDA’s drug development and approval process basically has three stages,” says Dr Wilson. “The first is the opening of an Investigational New Drug Application (IND) which allows studies in patients to commence. The second is their acceptance of what is known as the regulatory application’. And the third is the approval and registration of the drug, thereby making it available for supply to patients.”

“The notification we’ve received from the FDA means that Maxigesic has now cleared the first two hurdles,” said Dr Wilson. “To get to this point has been quite a lot of effort, including a large clinical trial that took place in both the US and New Zealand.”

AFT Pharmaceuticals CEO, Dr Hartley Atkinson, says that the FDA’s decision is good news for the company. “Access to the US market is a big deal. The US is the largest single market in the world for paracetamol and ibuprofen sales accounting for around 27% of global sales1. This stage two approval means we’ve taken a big step towards getting our painkiller into pharmacies right across the US.”

“While the FDA have still got some further decisions to make in respect of final acceptance and registration, effectively reaching stage 2 of the approval process has us excited because the opportunities for Maxigesic in the US are significant,” says Dr Atkinson.

Dr Atkinson notes that getting approvals from drug regulators in each country is a key component of the commercialisation of pharmaceuticals.

AFT has previously announced out-licensing agreements in over 110 countries around the world. To achieve sales from these agreements, Maxigesic must first be approved and registered in each of the countries where Maxigesic has been licensed. The average time taken to register a new drug varies across different countries. This can make it difficult to predict exactly when each license agreement commences and AFT’s products become available on shelves.

AFT anticipates that registration and product launches covering existing agreements will occur on a phased basis according to the following approximate schedule: around one-third in FY2018, around one-quarter in both FY2019 and FY2020, and the balance in FY2021.

Sales growth going forward for Maxigesic tablets will be fueled by these new country launches, growing sales from existing markets, and further line extensions such as Maxigesic IV (intravenous), Oral Liquid and Sachets.

Growth in existing markets will further benefit from the pending codeine switch in Australia which will occur 1 February 2018. Maxigesic sales in Australia have started the new financial year strongly. A similar codeine rescheduling decision is now being considered in New Zealand by Medsafe which if implemented would offer further upside in local markets. 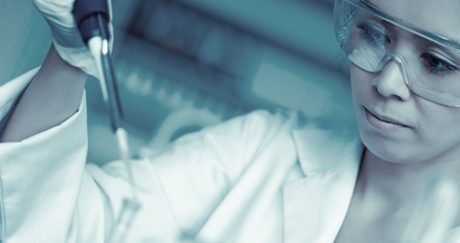 AFT Pharmaceuticals (NZX; AFT, ASX; AFP) today announces it has concluded an agreement with the Bank of New Zealand (BNZ) to refinance its current six-year CRG loan facility maturing on 31 March 2020. This follows the term sheet concluded with the BNZ which was noted by AFT’s market announcement on 26 February 2020.

Chief Executive of AFT Pharmaceuticals, Dr Hartley Atkinson, says that having regulatory approval for these 9 additional countries will open up significant opportunities for global Maxigesic sales.