AFT Pharmaceuticals has identified a major error with the formulation of over 1,300 cold and flu products used around the world.

Many over the counter cold and flu products combine phenylephrine and paracetamol. The company’s groundbreaking research has revealed that when combined with paracetamol the level of phenylephrine is effectively twice what it should be.

AFT Pharmaceutical’s findings have been published today in the New England Journal of Medicine. The Journal is considered to be the most prestigious medical journal in the world. “Frankly this is a pretty big finding, with huge implications for this category of product, and it’s reflected in the fact that the New England Journal of Medicine has published what we have found,” said Dr Hartley Atkinson, Managing Director of AFT Pharmaceuticals.

“This is a very significant finding given the volume of over the counter cold and flu products that are consumed each year,” said Dr Atkinson. “The standard dose of phenylephrine in these products is 10mg. That’s all the drug regulatory authorities have allowed. But unbeknown to everyone including the regulators, when you add phenylephrine to paracetamol, the concentration of phenylephrine spikes to roughly 20mg because of the way the human body processes both drugs together. Basically this research tells us that people have inadvertently been taking the equivalent of double the recommended levels of phenylephrine.”

The use of phenylephrine together with paracetamol has increased significantly in recent years. Previously paracetamol was typically combined with pseudoephedrine. But in many countries pseudoephedrine-based products are now only available on prescription because of pseudoephedrine’s use in making the illegal drug methamphetamine.

“This is what makes these findings so important,” says Dr Atkinson. “Phenylephrine has been the ready replacement for pseudoephedrine in cold and flu remedies globally. But the international pharmaceutical companies and drug regulators haven’t known about the interaction between these two drugs. Until now.”

The side effects of an increased amount of phenylephrine may include nervousness, feelings of being unwell, and possibly increased blood pressure. People susceptible to cardiovascular effects may require extra care. But Dr Atkinson said that addressing the consequences of AFT Pharmaceutical’s findings are now in the hands of others. “We immediately informed Medsafe (NZ) and the Therapeutic Goods Administration (Australia) of our findings. It is now up to the regulators to use the information as they see fit. We have also met with the United States Food and Drug Administration in January this year to fully inform them of our findings.”

AFT Pharmaceutical’s discovery was the result of its standard analgesics research programme. The company has now reformulated its cold and flu medication and invented a new formulation that delivers the intended 10mg of phenylephrine to consumers when given in combination with paracetamol. This new product is ready to be filed within the next month for regulatory evaluation in New Zealand and Australia.

These unexpected findings have thrown the international spotlight on AFT Pharmaceuticals. Dr Atkinson says the business has come a long way since it started in a room off his home garage in the late 1990s. “We’ve put a lot of time and effort into researching new products. It’s what drives us as a company and it’s paying off.” He says that this discovery, together with several other innovative new products in the pipeline, means that the future of AFT Pharmaceuticals is extremely bright.

Studies: Three randomised, open-label, cross-studies in healthy volunteers, were undertaken as part of the development of a new fixed dose combination containing paracetamol, ibuprofen and phenylephrine.

Results: The results for part of this research program are published in the New England Journal of Medicine and demonstrated an unexpected pharmacokinetic interaction between paracetamol and/ or ibuprofen and phenylephrine. There was a four-fold increase in Cmax and a two-fold increase in the area under the curve for phenylephrine 10mg administered in combination with paracetamol 1000mg and ibuprofen 300mg (see figure below). Ibuprofen was subsequently shown to be non- contributory. Halving the amount of phenylephrine combined with paracetamol to 5mg total produced a plasma time-concentration similar to that of 10mg phenylephrine administered alone. 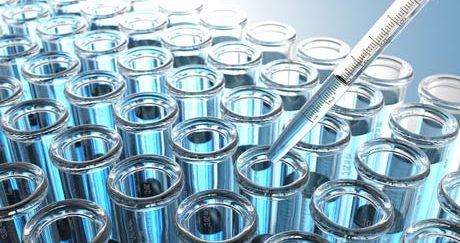 AFT Pharmaceuticals (NZX; AFT, ASX; AFP) today announces it has licensed its Maxigesic® intravenous medicine (Maxigesic® IV) in 21 new countries across the Commonwealth of Independent States (CIS) and Central America, territories with a combined population of more than 220 million people.