AUDITED FINANCIAL RESULTS FOR THE YEAR TO 31 MARCH 2019

 Revenue increases 5% to $85.1 million with strong growth in the core over the counter (OTC) medicine portfolio; revenue excluding divested non-core medicines up 14%

 Operating profits of $6.1 million, a $16.2 million reversal of the prior year’s $10.1 million operating loss, benefitting from an easing in the research and development programme expenditure

AFT Pharmaceuticals (NZX:AFT, ASX:AFT) today reports a strong rise in operating earnings as it benefits from growth in its main over-the-counter medicine portfolio and the successful conclusion of clinical trials on the key Maxigesic pain relief products.

Operating profit rose strongly to $6.1 million, reversing last year’s $10.1 million operating loss by $16.2 million, a result that is in line with the guidance given at the start of the financial year.

Operating costs, which exclude financing charges, fell 21% to $36.9 million from $46.6 million at the same time a year ago. This included a 69% reduction in research and development expenditure to $2.6 million from $8.2 million in the same period last year.

Meanwhile selling, distribution and general administrative expenses fell 8% to $33.7 million from $36.8 million in the same period a year ago as the company drove operating efficiencies in sales and distribution, particularly in the second half of the financial year. Losses after tax narrowed to $2.4 million from $12.7 million in the 2018 financial year.

AFT Pharmaceuticals Chairman David Flacks said: “We are delighted with the company’s progress. The completion of the key Maxigesic clinical trials, the return to generating positive operating profits and cashflow and the continued strong growth in our broad portfolio of OTC medicines represent significant achievements.”

“We are now at a pivotal point in our development. We are well positioned to continue to build on the strong position we enjoy particularly in OTC medicines in New Zealand and Australia. We have made good progress in Southeast Asia and we have continued to deliver on the significant out-licensing potential we see for Maxigesic in large international markets.”

AFT Pharmaceuticals Founder and Managing Director Dr Hartley Atkinson said: “All of AFT’s operating divisions are performing well. The Australian, New Zealand and international operations have all contributed to a positive operating result and we expect the Southeast Asian division to achieve the same in the coming year. We have achieved this growth while maintaining tight control on costs and expect to deliver a strongly improved operating earnings in the coming year.”

Sales in Australia increased 2% to $50.3 million from $49.2 million in the same period a year ago. Adjusting for the divestments to Baxter Healthcare, revenue grew by 13%. Operating profits rose strongly from $1.2 million to $5.3 million.

The shift has caused some disruption to markets, with Australian pharmacies stocking up on Maxigesic in the last quarter of the 2018 financial year in anticipation of this switch. Additionally, consumers stockpiled codeine-based products with some buying up to 12 months’ worth of product. However, we believe Maxigesic sales will benefits as pharmacies and consumers run down their stocks.

Sales to hospital channels declined with the lower margin product divestments, but this was partially recovered with the introduction of new hospital products, such as antibiotic Piptaz, which we expect to drive growth in the channel in the 2020 financial year.

New Zealand revenue fell by 1% to $26.8 million from $27.1 million in the same period a year ago, but revenue was up 5% after adjusting for the divestments to Baxter Healthcare.

These gains were offset by the divestments to Baxter Healthcare and the cessation of our sole supply contract of the cardio-vascular drug Metoprolol. Final sales of the medication were made in the prior financial year.

The New Zealand government appears set to follow Australia’s lead in the rescheduling of codeine-based products as early as 2020 and we are monitoring developments closely.

Southeast Asia revenue grew by 66% to $2.1 million from $1.3 million in the same period a year ago, reflecting strong growth in OTC revenues including growth in Maxigesic tablets, which launched in Malaysia and relaunched in Singapore with its re-classification to an over-the-counter product.

Our Hong Kong distributor is meanwhile preparing for a launch of Maxigesic in the coming months. The region posted an operating loss of $0.3 million up from a $0.7 million operating loss in the same period a year ago and we are confident it will turn in a positive operating result in the 2020 financial year.

The international division, which is mainly focussed on the out-licensing, registration and enabling the sale (via licensees) of the Maxigesic range of pain relief products, grew revenue by 63% to $5.9 million from $3.6 million in the same period a year ago. Operating profit rose to $0.6 million from a $7.9 million loss in the same period a year ago reflecting a 87% increase in sales of products and royalties and the reduction in research and development expenditure.

We have now out-licensed Maxigesic in its various forms in more than 125 territories. To date our focus has been on the Maxigesic tablet form. Key tablet out-licensing additions over the last year included Russia and Switzerland. We are continuing to progress licensing discussions for the oral form in significant territories such as the USA, Canada, Germany, South Korea and Latin America.

Following the successful conclusion of clinical trials, we are now able to turn our attention to the hospital-based intravenous form, Maxigesic IV. In the 2019 financial year, we out licensed Maxigesic IV in to 6 new countries including Mexico and South Korea.

A key target in the coming year is to increase the number of countries in which Maxigesic IV is licensed, which in turn will generate further income prior to these countries registering a product, making sales and AFT earning royalties. At balance date Maxigesic IV was licensed in 68 countries up from 62 the same time a year ago.

The registration of each of our products in each of these territories is the next and most consequential step towards commercialisation of our intellectual property. Registrations now stand at 42, up from 32 in the same period a year ago. They are for the tablet form of Maxigesic, leaving a significant pipeline of opportunities still to be developed.

The first Maxigesic IV registration, which will be in a market that will facilitate registration in other territories such as the Middle East and Southeast Asia, is expected during the 2020 financial year.

We have meanwhile completed the clinical development work on the oral liquid form of Maxigesic and the first regulatory filings have been made in 23 regulated markets. Finally, we are aiming in the 2020 year to file for registration of a faster dissolving version of Maxigesic tablets. This follows our licence from a US company of a rapid solution forming technology.

Maxigesic in its various forms is now for sale in 20 countries, up from 10 in the same period last year. Sales in the established United Arab Emirates and Italian markets grew at more than 50% over the 2019 financial year. These sales were supplemented with launches in to new markets, including Ireland, Iraq, El Salvador and Malaysia. Meanwhile, we are processing orders for a further nine countries.

“Exact launch timings – and the flow of royalties to AFT – are difficult to forecast given hurdles ranging from regulatory issues to matters specific to licensees or distributors. However, regardless we see ongoing progress, which will contribute and drive sales growth going forward,” Dr Atkinson said.

“A further income source as sales grow are sales milestone payments, which exist in most of our licensing agreements. For example, the first sales milestone in the European Union of 500k on the Maxigesic tablet form was triggered in April.”

Development of the Maxigesic dose forms outlined at the time of our 2015 IPO have been largely completed. In the 2019 financial year the most important development milestone was the successful completion of the large study on Maxigesic IV. Some additional studies specific to US registration requirements for the product are underway. Meanwhile, further development work continues on the sachet form and we are working on other line extension ideas for the drug platform.

Our NasoSURF nasal drug delivery device is undergoing some redesign following human factor studies. These have been largely completed and we are now targeting a type IIa medical device filing with the FDA this financial year. Market research in the USA and UK identified that our first targeted indication for the device has potential to deliver AFT a significant income stream.

We have completed the initial development work on Pascomer, a treatment for a hereditary skin condition. It offers the potential to access a market worth US$400 million to US$450 million in sales. We have opened an Investigational New Drug (IND) application following a successful FDA meeting, which allows us to initiate our first multi-center international clinical study on the medication.

Presently our joint venture partnership DSLP has funded all the development work to date and is funding the first clinical study. We are however actively seeking to out-license the product with interested parties for at least one major territory to minimise our expenditure on this project.

At 31 March 2019, we had an interest-bearing loan from specialist healthcare investor CRG of $41.8 million up from $30.7 million at the same time a year ago. The loan, which attracts an interest rate of 13.5%, matures at the end of the 2020 financial year.

Although CRG has offered to extend the loan, we have begun negotiations with local banks to refinance our facilities at more attractive rates. Reflecting the positive outlook for the business we are confident we will achieve that goal.

As an interim step and to reduce the cost of interest, we have on 21 May 2019 established a $15 million interim facility, which matures on 31 March 2020, from a local commercial bank utilising the existing security arrangements. We will be repaying US$9.5 million of the CRG loan using this facility in the next few days.

“We see significant potential for our products in global markets. The timing is always difficult to forecast with certainty, not least because it is important that we find the right partners to take our products through to commercialisation,” Dr Atkinson said.

“At the same time, we continue to develop and commercialise line extensions of the Maxigesic range and other products such as NasoSurf and Pascomer. Once achieved, all have the potential to generate significant shareholder value and improve healthcare outcomes for patients around the globe.

“We have progressed further down the pathway to realisation of this goal since last year which is pleasing but there remains significant work to be done to reach our true potential and fully reward our shareholders.

“Despite these challenges we are looking to the remainder of the 2020 financial year with confidence. We are targeting continuing positive cashflow and an operating profit of between $9 million – $12 million. We will update the market at our annual meeting in August.” 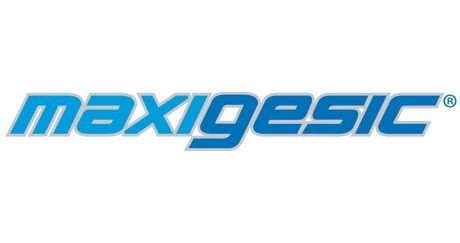 Thank you for visiting the AFT Pharmaceuticals stand at APP 2018  it was great to see you!

AFT Pharmaceuticals, a 100 per cent New Zealand owned company, has researched and developed a novel therapy which represents a breakthrough in pain relief.