AFT Pharmaceuticals (AFT) has today announced to investors the completion of a significant milestone in the development of its patented drug delivery and sinus treatment medical device, NasoSURF.

The New Zealand-based pharmaceutical company has now had its groundbreaking device registered with the FDA in the United States as a Class I Medical Device.

AFT founder and Chief Executive, Dr Hartley Atkinson, says that FDA registration is pleasing. “The NasoSURF is a key part of our R&D programme, so this is a positive step forward. Our specialist team of scientists and engineers will continue to work hard to generate clinical data to support the full commercialisation of this device.”

The NasoSURF is an ultrasonic nasal mesh nebuliser which can be used for the intranasal delivery of medication and treatment of sinus conditions such as chronic sinusitis. Early research indicates that it has several advantages over the existing market leading nebulisers.

First, in terms of delivery of medication, the NasoSURF can deliver significant volumes of medication following breath activation. This has the added advantage of minimizing drug delivered down the back of the throat.

Second, the NasoSURF is highly portable. The unit is the size of a can of soft drink, making it convenient for patients to take with them wherever they go. In addition, unlike many existing nebulisers on the market, the NasoSURF does not require mains power. Rather, it is powered by a cell phone battery that is expected to give enough power for approximately one month’s portable use.

Dr Atkinson says that initial market research in the United States and United Kingdom has confirmed significant interest from physicians in both countries and significant market potential.

He says that AFT will be targeting the use that its market research indicates has the greatest commercial potential. “We believe this product has significant advantages to existing market alternatives and we see the NasoSURF will be an important driver of income for the company. We’re very committed to the successful commercialisation of the products that come from our R&D programme.”

Next steps are the first clinical studies for NasoSURF which are due to start soon in Australia and New Zealand. Dr Atkinson notes that both studies are on track and both have received their respective ethics committee approval.

AFT is aiming for out-licensing negotiations during the next financial year [FY2018] once the company has generated additional clinical data.

Twenty years ago this week, husband and wife Dr Hartley Atkinson and Marree Atkinson, started AFT Pharmaceuticals (AFT) in a room off their home garage. 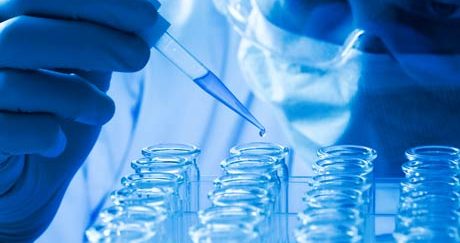