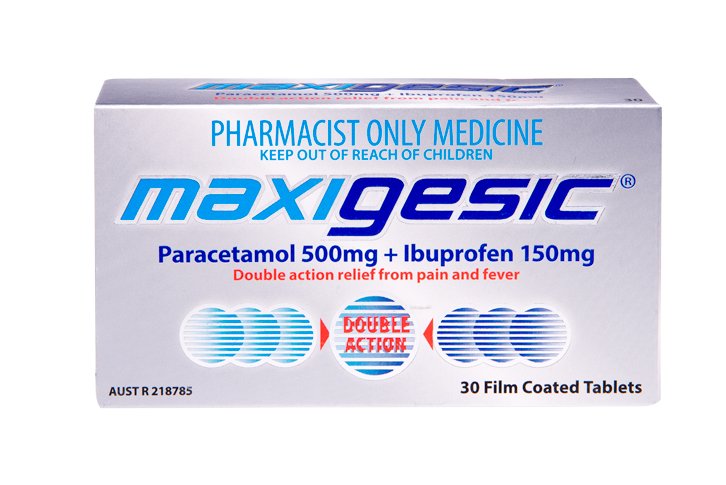 The Australian Therapeutic Goods Administration has today confirmed an interim decision that all medicines containing codeine be rescheduled to prescription-only medicines effective 1 February 2018.

Currently these products  mostly combination painkillers and some cough medicines  are available over-the-counter through a pharmacy.[1]

The TGA will up-schedule these products due to the risk of dependence and adverse events compared to safer analgesic products also available over-the-counter, including paracetamol-ibuprofen combinations such as Maxigesic.

Founder and Managing Director of AFT Pharmaceuticals, Dr Hartley Atkinson, believes that on balance the new classification is best for patient safety.

“The TGA has got this one right,” says Dr Atkinson. “Codeine is an opiate that is potentially addictive. Too many people get hooked on codeine painkillers without even realising it’s happening to them. And these are just everyday people who might start taking painkillers for a migraine or after going to the dentist. These products are widely used and some 750M codeine based analgesic tablets are sold each year in Australia[2].”

Many medical professionals in Australia have called for codeine-based painkillers to be up-scheduled. A common complaint is that despite the risks codeine poses, codeine is relatively ineffective as a painkiller.

Hartley Atkinson says that the TGA decision reinforces his company’s original decision to develop Maxigesic, a codeine-free analgesic that uses a patented combination of paracetamol and ibuprofen.

“The concerns that the TGA has pointed to are the very reasons why we went down the road of creating an alternative product that is codeine-free.”

Dr Atkinson says that AFT will undoubtedly experience a sales increase as a result of the TGA decision.

“The good thing from our perspective is the timing of the decision. We launched Maxigesic in Australia in 2014 and the brand is now becoming established with pharmacists and consumers. We’ve got our Australian infrastructure in place, the product has been endorsed by the Pharmacy Guild, and we’ve been pushing the codeine-free advantage of Maxigesic for a while.”

“On top of this, the TGA reduced sales restrictions on smaller Maxigesic packs earlier this year, downgrading it from a schedule 3 product to a schedule 2 product. So for most states in Australia, Maxigesic can now be displayed on the ordinary shelves of a pharmacy rather than behind the counter only. It’s also meant a TV advertising program could kick off this October which has already seen a significant increase in Australian Maxigesic sales.”

“And now we have the TGA announcing upgrading restrictions on our codeine-based competitor products. The lead-time until 1 February 2018 gives plenty of time for patients to look to switch to over-the-counter analgesics such as Maxigesic. So there is a nice dovetailing of several factors that will undoubtedly see Maxigesic sales grow further in Australia.”

Dr Atkinson says that the prior to the TGA decision, the company was estimating tablet sales to increase from the current 13M Maxigesic tablets sales this financial year in Australia, to around twice this level over the next financial year, particularly on the back of the reschedule from S3 to S2.

However following the rescheduling of codeine containing products, the company is now having to upgrade growth estimates for Maxigesic in Australia in the next financial year (FY2018).

“The reality is that many people will switch to a codeine-free painkiller available over the counter in pharmacies because it means they won’t have to visit a doctor to get a prescription. Considering that currently some 750M codeine based analgesic tablets are consumed in Australia every year, we think this will lead to an increase in Maxigesic sales of somewhere between 7.5M and 37.5M tablets. This is a conservative estimate as it equates to picking up only 1-5% of the patients currently treated with codeine combination pain tablets.”

“When you add in the growth attributable to people switching away from codeine-based painkillers to the existing 13M tablet growth already predicted, that would be an additional 20M to 51M Maxigesic tablets being sold in Australia next financial year alone. Put another way we would expect Maxigesic tablet sales to increase around 250-490% compared with the current sales volume in Australia this financial year.”

Dr Atkinson says that the expected increased sales in Maxigesic is consistent with the goals set at the time the company floated last year. “We signalled to prospective investors that Australia would be a key market for AFT and it looks like Maxigesic will help to deliver on those expectations over the next few years.”

[1] Codeine is not available over-the-counter in the USA, most of Europe, Hong Kong, India, Japan, the Maldives and the United Arab Emirates. In New Zealand, codeine-based painkillers can currently be sold over-the-counter by a pharmacist without a prescription.

AFT Pharmaceuticals (NZX.AFT, ASX.AFP) announces it expects to book a one-off non-cash gain of $9.8 million following its previously-announced acquisition of full control of its Pascomer assets.

AFT Pharmaceuticals (NZX: AFT, ASX: AFP) announced today that it intends to release on Wednesday May 20 2020 its full year results for the year ended March 31 2020. The release will be issued at around 09:00.